​​What is Hypoglycemia in Dogs? 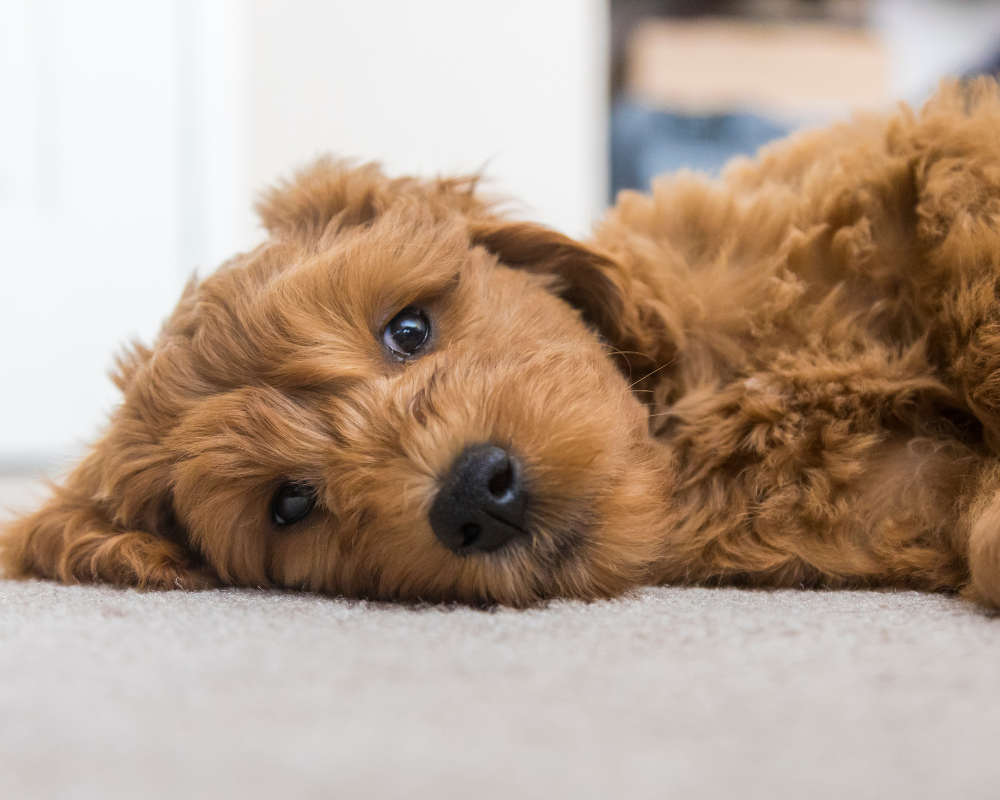 From young puppies to diabetic dogs on insulin, hypoglycemia is very serious. Knowing the indications of hypoglycemia in your dog’s health situation will allow you to intervene swiftly.

Hypoglycemia is a low blood sugar or glucose level in your dog’s bloodstream. Glucose is a vital energy source for your dog’s cells, particularly brain cells. It can be produced by the body from specific nutrients and derived from carbs in meals.

Normal physiological glucose regulation is accomplished through a balance in the secretion of hormones that lower and raise blood sugar. These include insulin, which lowers blood glucose; glucagon, epinephrine, also known as adrenaline; cortisol, the stress hormone, which raises blood glucose; and growth hormone, which increases blood glucose. When needed, the body obtains energy via digesting carbohydrates, breaking down stored glycogen, or producing new glucose via glycolysis or gluconeogenesis.

What Causes Hypoglycemia in Dogs?

Large amounts of calories are required in pups to meet the energy demands of growth and development. This means that puppies need significantly more glucose than adults. Toy and petite breed puppies under four months of age are at high risk of hypoglycemia if they do not consume numerous small meals or snacks throughout the day. Your vet or breeder may recommend Nutri-Cal or Karo syrup for these little puppies. These temporary products can be used if your dog isn’t eating enough.

When there is insufficient glucose to execute specific processes, the liver will release glycogen, a stored type of glucose. This molecule can be converted into glucose. If the liver gets ill due to significant inflammation, infection, a hepatic shunt, or malignancy, glycogen levels may suffer. This means that dogs who have fasted and are not getting glucose from their meal will experience hypoglycemia. There is also an inherited ailment known as glycogen storage disease, which occurs when there is an excess of glycogen but not enough of the enzyme to break it down into glucose.

The insulin release from the pancreas is triggered by toxins, such as xylitol, the artificial sweetener in chewing gum. A hormone called insulin aids in the conversion of glucose into energy and aids in the storage of excess glucose for later use. A surplus of insulin will result in hypoglycemia. The same outcome occurs when diabetic dogs accidentally overdose on insulin. An insulinoma, a particular type of pancreatic tumor, also causes excessive insulin levels to be released into the blood.

Nursing mothers can develop hypoglycemia since the demand for glucose is very high when producing milk for puppies, significantly if the litter size exceeds four puppies. Hypoglycemia is also possible in Addison’s disease, characterized by low cortisol levels.

What are the Symptoms of Hypoglycemia?

Hypoglycemia in dogs can be minor or severe, but it is critical to notice the symptoms while they are mild to prevent them from becoming severe.

The following are examples of mild hypoglycemia symptoms in dogs.

One of the most prevalent symptoms of hypoglycemia is lethargy. If the dog appears weak or weary, abandons activities too soon, or naps excessively, it may suffer from low blood sugar. Consider whether there are any other reasons why the dog would be fatigued, and compare them to plausible reasons why they might have low blood sugar and any other symptoms.

Loss of appetite in dogs can manifest as the dog eating less, being less enthusiastic about food, or not eating at all. They may even refuse to eat their favorite foods. You can catch this earlier if you have a consistent feeding pattern and give them the same amount of food each time.

Tiny, repeated muscular contractions characterize twitching. However, dogs can do this when they are frightened or dreaming. Consider whether the twitching is likely caused by hypoglycemia and whether there is any reason for them to be frightened or fearful at the time.

Then there are indications of mild hypoglycemia in dogs.

Hypoglycemia may induce a lack of coordination, such as poor balance, stumbling, and difficulty walking or standing normally.

Odd behavior is broad word pet owners use to recognize that they know their dog and can spot it when acting out of character. If your dog is acting strangely, there is something seriously wrong with them, and hypoglycemia could be the cause.

Trembling lasts longer than twitching. It can be caused by pain, cold, or worry, but if you aren’t aware that your dog is experiencing any of these symptoms, their trembling could be hypoglycemia.

These dog hypoglycemia symptoms are severe.

Vision loss can range from hazy eyesight to decreased vision to blindness. If your dog is suffering from any of these conditions, you will notice that they do not react as quickly or accurately as it should, run into things, or does not respond to visual stimuli. They will most likely be stressed due to their incapacity to see clearly.

Seizures are a potentially fatal sign of severe hypoglycemia. Seizures can cause convulsions or just unusual behavior. If you notice your dog having a seizure, attempt to prevent them from injuring themselves by putting anything away from them that could fall on them or moving them if necessary, such as if they are near stairs, but don’t try to restrain or restrict them. If they haven’t stopped within 3 to 5 minutes, take them to the vet immediately, even after hours.

Severe hypoglycemia causes unconsciousness. To test whether you can resuscitate their gums, rub a sugary substance on them. If not, call the vet, even after hours, so they can advise you on how to resuscitate the dog and transport it to their office. If they have stopped breathing or their heartbeat has stopped, you may need CPR.

How Can Hypoglycemia in Dogs Be Treated?

Vets work to deliver additional glucose to patients who come with hypoglycemia. This can be done in mild cases with food, whereas severe patients often receive injectable glucose via an injection straight into the veins. After a patient has been stabilized, testing is done to determine the reason for the hypoglycemia.

Blood tests can detect glucose levels and indicators of infection and liver damage. X-rays and abdominal ultrasound can help rule out liver illness and cancer symptoms, although insulinomas can be more difficult to diagnose based only on x-rays. A particular blood test called an ACTH stimulation test is recommended if Addison’s disease is suspected.

If a patient has consumed anything hazardous, such as xylitol, hospitalization and hydration therapy will be necessary. Blood glucose levels must be monitored frequently using a glucometer or a continuous glucose monitor. If seizures develop, the veterinarian can administer seizure medicines. Surgery is frequently required to close liver shunts in dogs. Insulinomas in dogs also require surgery, but they may also require further treatments from an oncologist to keep cancer from spreading.

Please contact us with any questions or concerns you may have.

Your email address will not be published. Required fields are marked*